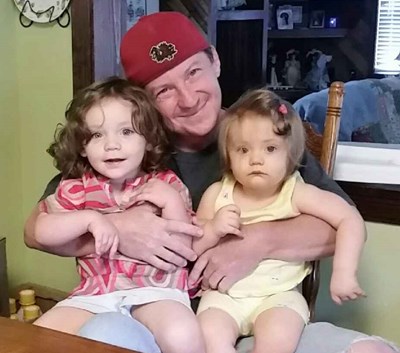 When we met Thomas Mayfield of Georgetown, he had a laundry list of barriers. Plagued with serious health issues such as pancreatitis, he was physically unable to operate an automobile and had no driver’s license. His medical clearance was nowhere in sight. He had an open custody case with Georgetown County Dept of Social Services (DSS) where he was trying to obtain full custody of his two young daughters. DSS recommended that Thomas enroll at A Father’s Place (AFP).

While his primary goal was to win the custody case, Mayfield knew he needed help learning to raise and care for a one-year-old and a 2-month-old all by himself. He struggled with a lack of confidence coupled with low self-esteem, making it extremely difficult for him to believe he could be the father he wanted to be for his children.

Once in the program, his outlook began to change. Mayfield followed instructions, kept appointments, and welcomed all guidance from the AFP staff. He was very attentive and engaged in the weekly peer group sessions, sharing with other attendees and establishing numerous new friendships.

Mayfield completed many components of the fatherhood curriculum including Healthy Relationships and Economic Stability, but the Parenting & Co-Parenting component gave him what he needed most as he prepared to take on the responsibility of raising his daughters

However, transportation was still an issue.

At the custody hearing, Mayfield gained temporary custody of his children. After granting custody, DSS immediately recommended he continue his work with AFP and to take advantage of the support the organization could provide him in his new role as a custodial father. Mayfield followed that advice

With his new responsibilities, the lessons learned at AFP were put into action and he even started focusing on his own health and wellness for the sake of his daughters. The next obstacle he knew he had to get past was transportation. He needed to take a driver education course, obtain his license and get a vehicle, but the money necessary to accomplish all of this was not available.

About this same time, AFP was planning its second annual Building Futures award ceremony which recognizes community champions of fatherhood and outstanding achievements by program participants. Mayfield attended the ceremony as a nominee for AFP’s “Realize A Dream” award which recognizes a father who has excelled as a program participant but is hindered financially from achieving his goals.

At the ceremony held on February 24th, Mayfield won the award which came with a $500 monetary gift. He immediately enrolled in a driver education course.

Getting his driver’s license is the next goal on his list followed by figuring out a way to purchase a vehicle so he will be able to take his children and himself where they need to go.

Finding the resources at AFP has given Mayfield a new road map to follow. He is on track to graduate from the program in June, but says he plans on staying involved with the organization and maintaining the connections, friendships and support he has found there.