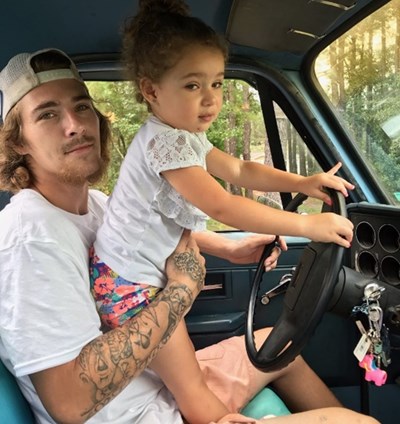 In April of 2020, after being released from jail, Terry Stacey found his way to A Father’s Place. He confided in us that he has been struggling with a heroin addiction since the age of 14 and had been working hard to put his addiction behind him and change his life for good. He was ready to be the father he wanted to be for his young daughter. He also needed immediate employment.

Terry immediately enrolled in the Employment Boot Camp at A Father’s Place. After completion of the 20-hour training, which includes a skills assessment and instruction on successfully preparing for interviews, Terry was able to update his resume and prepare for himself for new job opportunities. At the end of the program, Terry shared that he had reached a major milestone. He had been clean from drugs for more than a year and was ready to pass any drug screenings employers may require.

Terry was sidelined for a couple of months due to the COVID-19 virus, but he did not let that get him down. For the first time in a long time, Terry had confidence, his health, and a newfound determination to land an ideal position. Through the skills he learned at A Father’s Place, including the importance of networking, he landed a job. Terry now works full-time as a cabinet installer with Kitchen and Bath Design, a local company, and earns a very competitive wage.

Terry’s will power and hard work earned through all of this was recognized by the AFP staff and he was recently recognized with the organization’s Father of the Month Award.  This honor is awarded to the father who demonstrates visibly positive change.  Terry has worked diligently to make major improvements in his life. He has become a different person for his child her mother who has stuck with him through the ugly stretches of his journey to recovery.

Their wedding is scheduled for the very near future.